REAL PEOPLE like you, who wants to Date, find friends or be in a interracial relationship. Join today for Free! 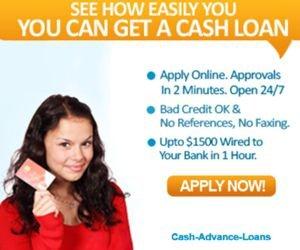 Growing up in Northern Kentucky, I got used to being the only Black kid in most of my classes. In high school, there were other Black students, but none of them in my close-knit drama and speech class circles. Because of this, I have dated quite a few White guys, and while there are similarities when dating any man, there are still some small cultural quirks that never go unnoticed when you’re with a White dude. LIke these nine things, for instance.

1. They will never understand the hair thing. It might start with an innocent "did you get a haircut" right after you wash your hair and there is shrinkage--but it does not end...EVER...after that. From moisturizing, to protecting with a satin cap, there is always a new and interesting thing for your guy to discover. Trust me, while it gets easier to explain, it doesn't ever stop needing to be explained.

2. They don't want to say the N-word, but they do want to talk about why some people do. Though I date smart enough humans to not ever be asked to be the voice of my entire race, I still get asked how I feel about rappers using the N-word, and who has access to it. This conversation doesn't have to be uncomfortable if you're certain of your stance, but if you waiver, they will be forever confused and your weighing-in on the subject can save them from physical harm and embarrassment in the future.

3. They will always be embarrassed about fried chicken. Every damn body loves fried chicken, but now he's far too aware of the stereotypes associated and will be torn about it every time you pass a KFC.

4. They need help knowing what to tell their friends. As much as we live in a post-racial society <#sarcasm<, their friends may not be as enlightened as they are. Their friends want to know what the differences are, even when none are all that apparent. Give him some ammo. If he says the wrong thing, and you catch wind of it, he knows that's his ass. Don't be afraid to give him a script.

5. He's just as scared to meet your family. While you might be dreading meeting older family members due to 50+ years of internalized racism, he just as much fears that your family wants to retaliate for having to endure ignorance while they were coming up. You will both help each other through this. Talk to your family, and if they don't want to meet him, sit with that. Figure out what's important to you. You shouldn't not see a man just because your family has prejudices, and the same goes for his family.

6. Seasoning skills are not something you are born with. Instructions needed.

8. Halloween presents unique opportunities. If you want to point out your melanin difference, there are loads of costumes you can partake in. Be Uhura and Spock from Star Trek, be Pocahontas and John Smith--or, you can blow everyone's minds and go as just a pumpkin or a witch. It's up to you. But, you can definitely take yourselves less seriously on October 31st each year.

9. When you fall in love, it will have nothing to do with your race. A lot of people on the Internet like to weigh-in negatively about interracial relationships and why they happen. Truthfully, like any relationship, you cannot help whom you love. If you have the same interests, enjoy spending time together, and can see a real future with someone, you will love them without even thinking about their race. It is neither advantageous or disadvantageous to date outside of your race, or class, or within your gender. Love who you love, and have fun on the ride.